Should Manchester’s Clean Air Zone only cover the city centre? 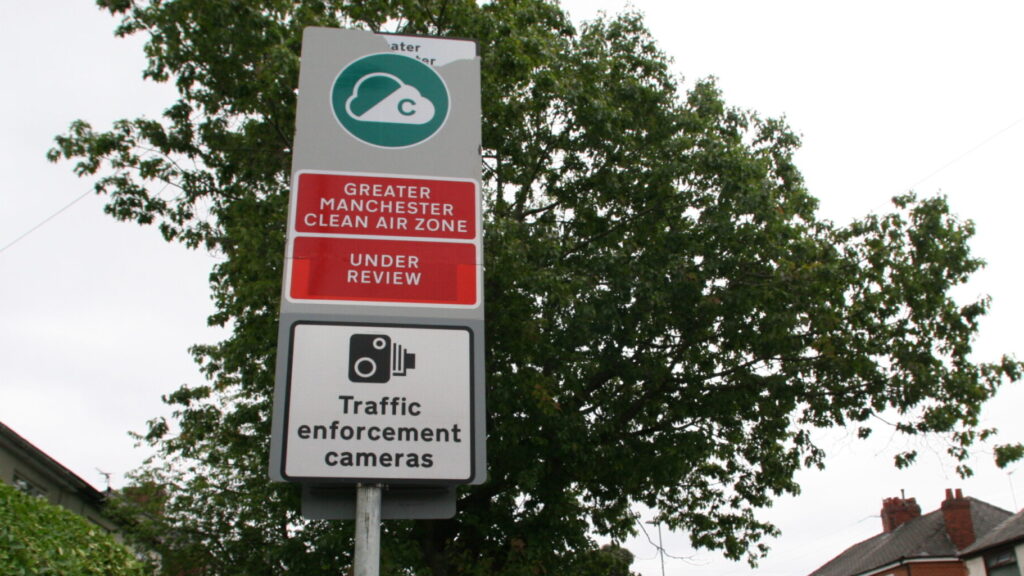 With just a month to go before Manchester has to submit its revised Clean Air Zone plan to the government, there are calls for it to be reduced by 95 per cent to only include the city centre.

The original zone included all 10 boroughs of Greater Manchester, with thousands of taxi, bus, van and lorry drivers and businesses facing eye-watering charges for driving anywhere in the region from May 30.

But faced with a huge backlash from businesses and individuals, the zone was put on hold while a review was carried out. The revised scheme has to be submitted to the government next month and Greater Manchester’s target for reducing nitrogen dioxide levels has been put back from 2024 to 2026.

The proposed reduction in the scheme was suggested by Secretary of State George Eustace in a letter to Greater Manchester Mayor Andy Burnham.

The U-turn in Manchester’s proposal is being welcomed by many who faced being charged up to £60 per vehicle per day for driving on the region’s roads.

But if the suggested reduction to the zone to include just the city centre goes ahead, it would still see many taxi drivers affected by the charges. Whether they are public hire taxis picking up fares at train stations or private hire taxis collecting people from venues or the city’s entertainment and leisure destinations, operators of older, more-polluting vehicles, will still be charged.

There are four types of clean air zones, from Class A to D:

Only taxi drivers operating vehicles compliant with Euro 6 (diesel) and Euro 4 (petrol) standards will be exempt from the charges.

While the proposed reduction in the size of the zone is good news for many, Mr Burnham wants the charging scheme scrapped completely and is calling for more support to help businesses upgrade to greener vehicles to improve air quality.

He and the leaders of all 10 Greater Manchester councils believe that offering financial help to businesses such as taxi drivers to make the switch to electric vehicles is the way forward and the 2026 nitrogen dioxide targets can be achieved in this way alone.

But Mr Eustace believes that as well as offering incentives to make the change, drivers also need to be steered away from older, more polluting vehicles and making them pay extra to drive in the zone is the way forward.

If the clean air zone goes ahead and incorporates only the city centre, it will be in line with those that are already up and running in Bath, Birmingham and Portsmouth, as well as those being introduced later this year in Bristol and Bradford.
For those looking to upgrade to a less-polluting vehicle, the Office for Zero Emission Vehicles Office for Zero Emission Vehicles – GOV.UK (www.gov.uk) offers a range of grants towards the cost of cleaner vehicles and the Go Ultra Low Campaign Home – GUL (goultralow.com) has information about electric vehicles, including grants you can apply for.