Some taxis could be banned under new clean air zone plan 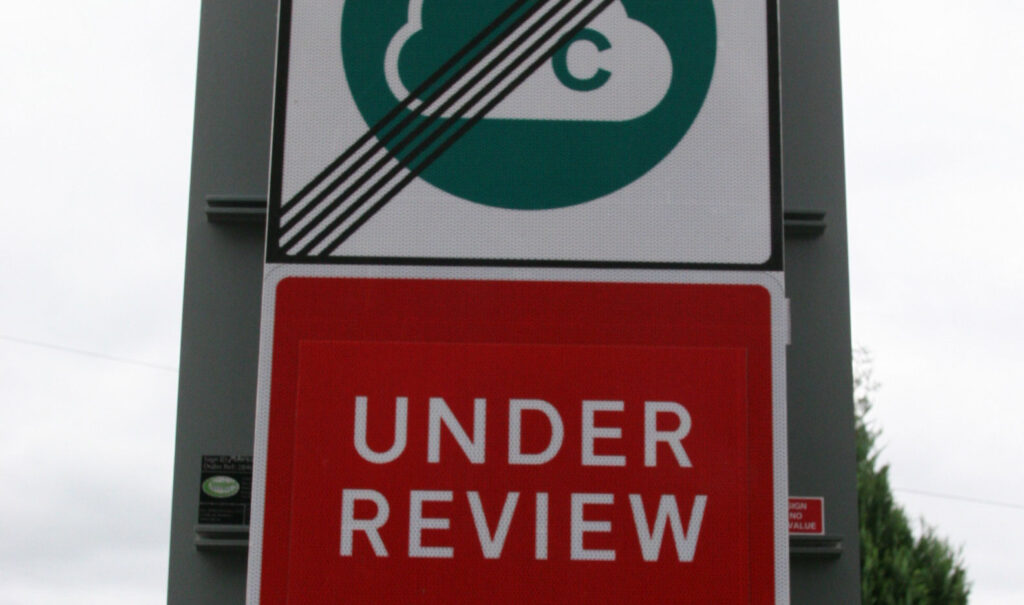 Greater Manchester has submitted its revised Clean Air Zone plan to the government and wants to ban taxis not licensed locally in a bid to improve air quality.

As well as reducing pollution, the move to ban taxis licensed outside Greater Manchester is part of a wider plan to improve the regulation of taxis in the region.

It follows the backlash over the original Clean Air Zone plan which was to have been introduced in May and would have seen commercial vehicles including buses, vans, lorries and taxis charged up to £60 a day for driving anywhere within Greater Manchester in a bid to reduce pollution levels by 2024.

The delay in the CAZ plan also put the brakes on the plans for common taxi licensing standards across the region because both measures would severely impact the taxi industry.

While council leaders were working on the revised plan, environment secretary George Eustice wrote to the authority to suggest that completely removing charging from the scheme would not deliver the required results and a city-centre charging zone was suggested. This would have affected taxis that did not meet the Euro 6 standard.

The controversy has also seen a U-turn from Greater Manchester Mayor Andy Burnham who had insisted that the government was forcing the region to adopt the controversial charging scheme, but last week admitted that the edict to reduce pollution levels did not specifically require charges to be introduced, although he believed it gave little room for the authority to manoeuvre.

Now Greater Manchester has submitted its plan to reduce nitrogen dioxide below the legal limit by 2026 without including charging in any form, it is also pushing ahead with its plans for taxi reforms.

These include powers to ban taxis that do not meet the region’s standards as it negotiates devolution powers with the government. Currently, taxis licensed outside the region can still collect and drop off fares, even if they do not meet Greater Manchester’s licensing regulations.

Anything that raises standards in the industry is welcomed and the 10 GM local authorities want to introduce joint minimum licensing standards for all taxis and private-hire vehicles, drivers and operators in all boroughs so that they are in line with each other. This makes sense as drivers moving between towns can often cross borough lines and it would become a logistical nightmare to regulate and enforce.

They also want frequent criminal record checks of drivers, testing their English language proficiency and creating a common colour for all local taxis which would help passengers identify authorised vehicles.

The issue comes with drivers from other areas including neighboring Cheshire who are regularly asked to collect or drop off fares inside Greater Manchester such as the airport, train station, football grounds or concert venues. It would seem they would have to pay to be licensed with Greater Manchester as well as the local Cheshire authority – or turn down fares because they would not be allowed to operate into the region, even if their vehicle met environmental standards.

Greater Manchester will now work with the government to agree the plan to be introduced in 2026.