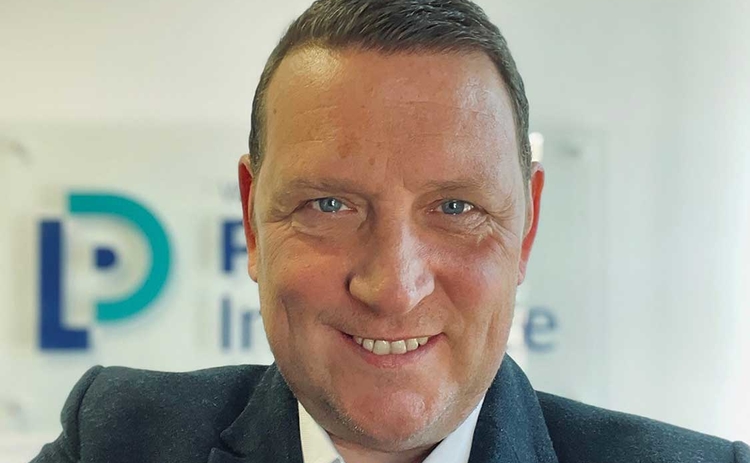 When and why was your business set up?

The business was set-up in 1984 and I got involved in 2010, when I met Billy Paton, who was the major shareholder then. Patons was originally set up to be a subsidiary service to a motor dealer in the taxi sector. We’ve grown it organically to go beyond being a subsidiary service to the car dealership, and it became an insurance broker. We provide all sorts of products and services to the taxi trade.

How has it developed since you started?

We focus largely on the regions where we’ve got offices, we’re probably one of the only brokers in our sector that has multiple branches rather than one centre that services the rest of the country. As we’ve grown, we’ve always tried to be very approachable, so the customers don’t feel like they’re just one of many. Up until two years ago, when we started to acquire other businesses, most of our development was done by just growing organically and doing a good job. Technology is always going to play an important part in how we’ve developed our business. We were early adopters of cameras in taxis, and we’re probably still one of the only brokers in our market that have our own mobile user app. If you think about most of our customers, their access to the internet is largely through a mobile phone, in their car.

What have been the key challenges since you launched?

When you’re insuring as a broker, you’re only as good as the insurers that you work with. The biggest challenge is always maintaining a good, solid, reliable product line. And we’ve done that by being transparent and cautious.

Another challenge has been compliance. But ultimately, the whole idea of compliance is to make sure that your customers are protected. And the culture we have in the business is to always look after the customers, look after the insurers, and then the results flow from that.

Where are you based?

The business is registered in Glasgow, and the management team is based in Liverpool, which is where I am.

Why did you choose taxi insurance as your specialism?

Historically, Patons was a motor dealer in the taxi sector, and insurance was an offshoot of the motor dealer. Most of the other dealerships declined and eventually disappeared, so that’s the reason why Patons Insurance was set up.

And are you a member of a network?

No, we’ve always dealt with insurers directly and taken compliance responsibilities ourselves. For me, the value of a network is when you’re a slightly smaller broker.

Are you members of Biba?

No. We saw no value to either the customer or to the insurer of being a Biba member. That’s predominantly because we’re in the commercial motor market, we don’t do complex commercial type risks.

How did the business cope with difficulties in the taxi market when taxi insurers went bust?

The biggest issue that affected us was the demise of Enterprise. We had a million-pound exposure, however, the reason why we got through that issue particularly well is that Enterprise was always an insurer we believed was prone to that. Whilst we still traded with them, we only had a small amount of exposure.

Operationally, it hurt us for about three months. It was a challenging time, but because we had managed the exposure, we came through pretty unscathed, as did our customers.

You specialise in telematics – how can using telematics help your customers and would you like to see it used more widely?

There’s a price benefit to it. I think there’s a huge opportunity for really good drivers to benefit from it. I think there’s also an opportunity for drivers who are not so good, because it might actually improve their driving style. That decreases the costs of insurance, and we’re a big believer in using the data that you can get from telematics to help improve risk selection.

Unfortunately, few of our insurers have found the time or the resources to engage with telematics. They want to see what the data means before they use it, but you have to get the data from the customers in order to figure it out.

Which insurers do you work with?

In no particular order, we deal with ERS, we deal with Aviva – albeit through a wholesale scheme called Taxi Fleet Plus, we deal with Antilo, Collingwood, Tradex; we have around 12 insurers, the vast majority of the bulk of our business goes through the first three or four.

How big is your team?

We have 50 members of staff, but in 12 months’ time we’ll be back near 60. We can get by with 50 people, but I know that by June, July, August, we’ll need to bring in five or 10 people to get back up to full operating speed.

You also offer fleet cover, can you tell us more about this proposition? Would you consider diversifying into further motor related lines?

We insure self-employed people with wheels. Every taxi driver is pretty much a self-employed driver. We used to do minibuses, 99.9% of which are all taxis as well. That ranges from one individual who owns two or three vehicles, right up to a limited company which has 200. We also insure black cabs in London.

I think expansion is something that we’ve got to look at over the next three to five years, because one thing that Covid did do is expose us to the fact that we are in one market, and the taxi market was hit quite heavily because of people not travelling anymore. The obvious next step for us would be the courier market.

Is your fleet proposition also available to Uber drivers?

Yes, it is, albeit less so. Most of the Uber drivers are single owners. Uber themselves don’t own vehicles. But we do insure Uber drivers, and the majority of them are single vehicle owners.

How has your business managed to cope with the coronavirus pandemic?

Due to Covid, our business is down by about 20%, but our customer count isn’t. Our customers have stayed with us but the prices they’re paying have now been reduced, because they’re not using the vehicles as much as they used to.

The number of claims has been reduced drastically over the last 12 months because cars are on the road less. Covid affected our fleet customers way more than our single vehicle customers – our fleet turnover dropped by 35% year on year, that’s the turnover rate of premiums, but our customer bank increased.

How would you like your company to develop in the future?

It’s central to our culture to grow and enjoy the ride. I think we’ve got to attract more great people and probably get smarter at marketing. We’ve also got to find concrete solutions for telematics and usage-based insurance and continue the regional expansion over the next five years.