Skip to content
Home News Will it be the end of the road for flat tyres?

Will it be the end of the road for flat tyres? 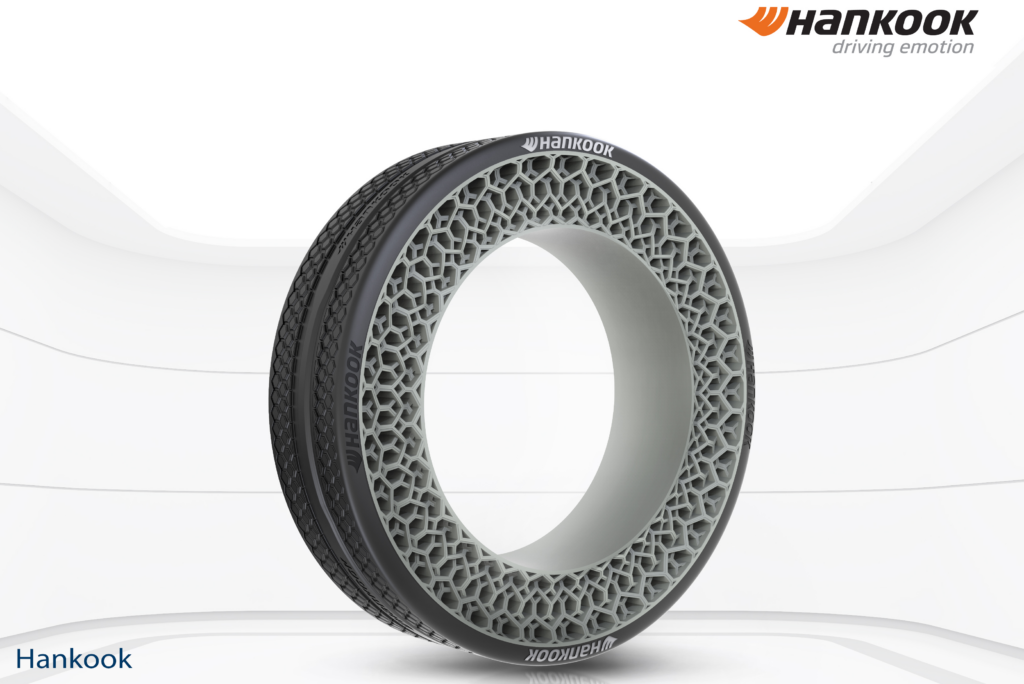 Vehicle technology is constantly improving and now tyre manufacturers are reinventing the wheel to make punctures a thing of the past. This could be a gamechanger for taxi drivers and other motorists when it is expected to the roads in 2024.

As with any business, if a taxi is off the road, it isn’t making money. And repairing and replacing a flat tyre is an expense and inconvenience drivers could do without.

Even if a tyre doesn’t have a puncture, once the treads have worn below the 1.6mm legal minimum depth, the tyre or tyres must be replaced. And there’s nothing to stop the new tyre being punctured and damaged beyond repair just days later.

As a result, each year, more than 200 million tyres are thrown away because of damage or wear.

Now, experts at global brands including Michelin, Hankook and Goodyear are working on airless wheels that could make punctures a thing of the past. They have flexible plastic spokes which replace the air-filled tube.

Initial models are being developed for autonomous vehicles where maintenance-free tyres are key to the success of the business.

The tyres will be made from rubber and fibreglass and are said to be longer lasting, fuel-saving and recyclable.

While the companies admit that noise and vibration were expected to be greater than air-filled tyres, Michelin says that so far, passengers haven’t been able to tell the difference between Uptis and traditional tyres.

As well as being a gamechanger for delivery firms and shuttle services, airless tyres could also transform car sharing and ride hailing, which are becoming more popular as the cost of living continues to rise.

In addition to reducing waste, the new tyres will make a big difference to drivers, both in terms of car checks and maintenance, as well as reducing the risk of trying to change a tyre on the side of a road.

Michelin technical and scientific communication director Cyrille Roget told the BBC: “You don’t have to check the pressures, you won’t be stranded at the side of the road with a puncture, and for the [car] manufacturers, they don’t have to include a spare wheel, or a jack, and there’s no need to have to have tyre pressure-monitoring systems, all of which saves a lot of weight in the vehicle.”

Michelin’s ultimate plan is to create a tyre that is airless, connected, 3D-printed and made entirely of materials that can be melted down and re-used. The company said that apart from occasional re-treads, it would be zero-maintenance.

Michelin is looking to launch the technology in East Asia where the roads are poorer quality and conventional tyre waste and disposal is much higher.

While Michelin and Goodyear non-pneumatic tyres are being put through their paces on test tracks, South Korean manufacturer Hankook this year unveiled the latest version of its i-Flex NPT. In a joint venture with Hyundai, Hankook unveiled the i-Flex at the Consumer Electronics Show at Neu-Isenburg in Germany in January and is continued research and development towards low maintenance and high sustainability.

And Bridgestone is looking to develop airless tyres for industrial use such as in farming, mining and construction.

Although we will have to wait a few years until airless tyres are readily available in the UK and they are likely to have a hefty initial pricetag, they will help save money in the long run.