Skip to content
Home News Flying taxis – are they the future?

Flying taxis – are they the future? 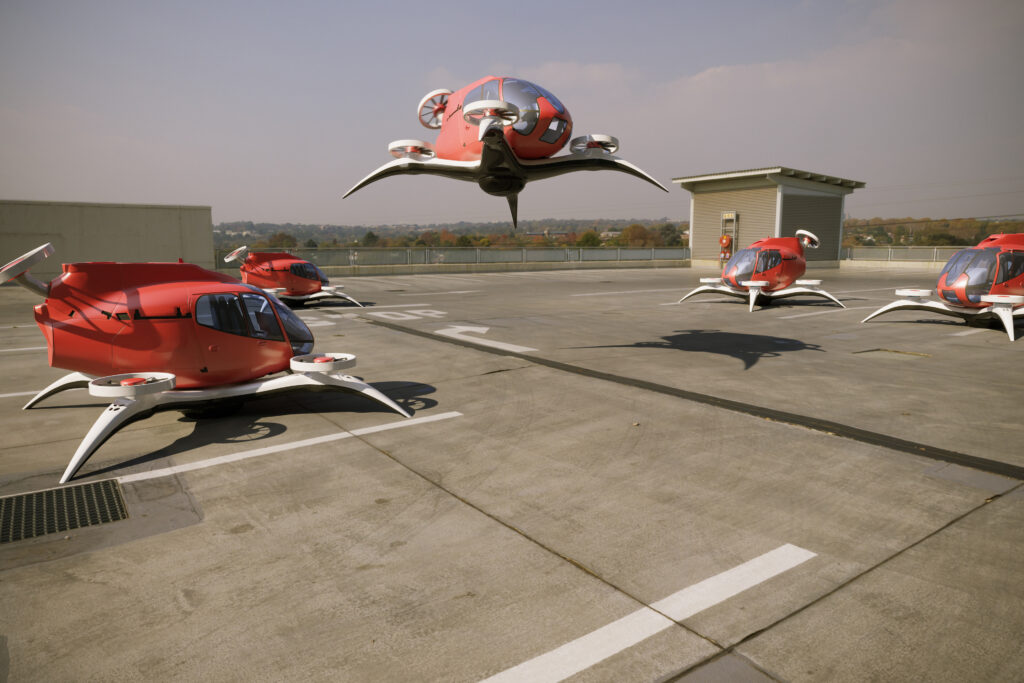 Flying cars and flying taxis might seem more science fiction than real world, but they could be just around the corner.

An entrepreneur in California says air taxis could be up and running ahead of the Los Angeles Olympics in 2028, helping beat the city’s chronic traffic jams.

The city’s vast numbers of car parks and high-rise roofs could offer plenty of opportunities to create vertiports for air taxis. If everything takes off smoothly, LA could also be seen as a gateway for the technology to expand internationally.

The LA Times reports that the city’s Department of Transportation released a report last year looking at the myriad potential regulations the flying taxis could face relating to noise levels, permits and how the overhead flights could affect the communities below. It is also looking at equity of access and connections with other modes of transport.

And Adam Goldstein, the 43-year-old chief executive of Archer Aviation in Palo Alto, says the cost of flying taxis will be similar to that of making the same journey in an Uber, without being held up in traffic.

Meanwhile, plans are also being worked on to make similar use of the skies in the UK after the government launched a £12 million fund to innovate and establish the UK as a world-leader in the technologies of the future, with everything from flying cars to vaccine carrying drones.

The Regulators’ Pioneer Fund has been launched to enable regulators and local authorities test and experiment with new approaches to tackle the most pressing issues of the day, from treating disease and delivering vaccines to tackling regional inequality.

Applications for bids of up to £1 million per project are now open and the government is particularly looking for initiatives aimed at tackling the cost of living, helping the transition to net zero, or supporting efforts to level up the UK.

Business Minister Lord Callanan said: “Regulators and innovation can seem strange bedfellows, but through this fund we’ll make sure they are a match made in heaven.

“By empowering regulators to embrace the most exciting developments in their industry, we’ll pave the way for entrepreneurship that can deliver tangible benefits for the British public.”

While plenty of work is being done to pioneer technology to build air taxis and other vehicles, there is much that has to happen behind the scenes in terms of laws and safety.

As well as ensuring vehicles are safe and fit to carry passengers, authorities must make sure everything from air taxi driver or pilot training is robust, as well as creating a highway code for the skies.

The legal framework is vital to pave the way for future innovations and to ensure safety at every turn.

A government spokesman said: “The fund is a crucial part of the UK’s sustained drive towards being a global science and technology superpower and will support the UK’s regulatory environment to keep pace with cutting-edge innovation. Only by harnessing innovation friendly regulation will we be able to unleash businesses to create the products and services of tomorrow, that will in turn create jobs and stimulate economic growth.”

There is a lot of work to do to make sure everything is safe and all the necessary rules and regulations are in place, but it is an interesting and exciting development which could really take off.