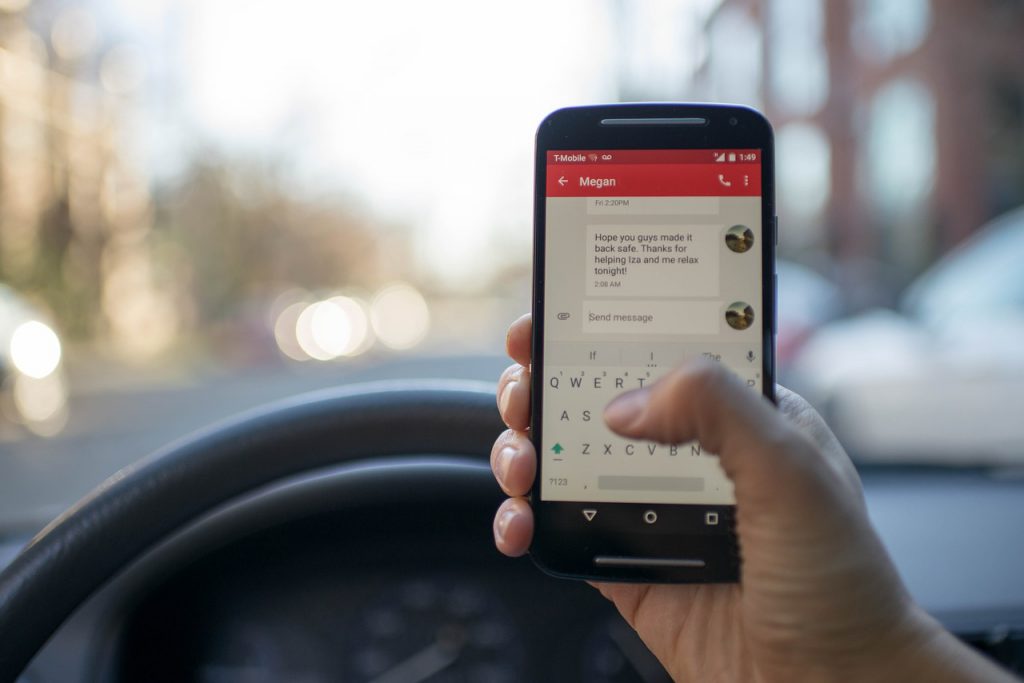 Taxi drivers will be effected by new laws being introduced next month to reduce distractions on the road make it illegal to use virtually all tech devices while driving.

Under the new regulations which come into force on March 25, anyone caught using mobile phones, tablets, smart watches, PDAs or any other communication devices, will face a £200 fine and 6 points on their licence.

For taxi drivers, having points on their licence could affect taxi insurance, taxi fleet insurance, private hire insurance & public hire insurance. And a second offence could see drivers banned, which would severely affect their livelihood.

In addition to any penalties imposed by the courts, the licensing council may also take action if it considers a driver to be no longer a fit and proper person to hold a licence.

Like many professional drivers, taxi drivers rely on a variety of technology as part of their day-to-day business – and there are ways it can be used safely. The simple message is not to touch your phone, PDA, or any other device while driving. This includes while stopped at traffic lights or in traffic jams.

The only time phones can be used while driving is to call emergency services when it is not safe to stop and for contactless payments at drive-thrus and on toll roads when payment is being made with a card reader.

In order to make and receive calls while driving, mobile phones must secured in a proper cradle and connected to a speaker. Drivers cannot touch the device to accept or decline a call, to check the time, send or read messages, send documents, take photos and videos, select music or visit websites and social media. Even when phones are secured in a cradle, drivers can still be charged with an offence if the police find them not to be in proper control of their vehicle while they are using hands-free functions.

Under the new laws, mobile phones can still be used as sat-navs, but cannot be touched while driving. For safety, some modern vehicles with built-in sat-navs will not allow you to programme or change the device while the car is moving. Whatever your device, and however it is set up, this is a good rule to operate by.

The new laws, which are expected to be policed robustly, intend drivers to plan routes, fares, etc, before they start driving and not touch or use the tech again until the end of the journey and they are safely parked.

The changes have been brought in after a rise in the number of people being killed and seriously injured on our roads because drivers were distracted by their phones and other technology.

And it’s worth noting that there is a lot of support for tougher penalties. During consultation about the proposed changes, 81 per cent of people backed the move.

Transport Secretary Grant Shapps said: “Too many deaths and injuries occur while mobile phones are being held.

“By making it easier to prosecute people illegally using their phone at the wheel, we are ensuring the law is brought into the 21st century while further protecting all road users.

“While our roads remain among the safest in the world, we will continue working tirelessly to make them safer, including through our award-winning THINK! campaign, which challenges social norms among high-risk drivers.”

Mary Williams, chief executive of road safety charity Brake said: “Driver distraction can be deadly and using a hand-held phone at the wheel is never worth the risk.

“This news is particularly welcomed by families suffering bereavement and catastrophic injury due to drivers being distracted by phones.”

As well as making the roads safer, by visibly observing the rules and not using phones and PDAs while driving, taxi drivers are promoting and enhancing their own credentials.

By following the letter of the law, taxi drivers can reassure passengers that they are safe and it will help maintain standards and the image within the industry.

Any use of hand-held mobile phone while driving to become illegal – GOV.UK (www.gov.uk)